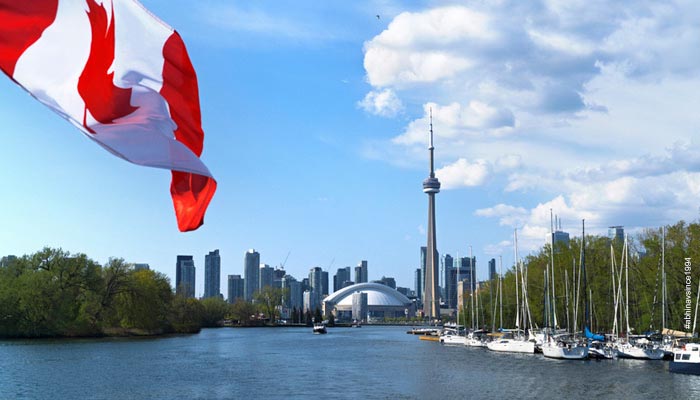 Great news for skilled foreign technology workers, keen to work in the thriving and opportunity-laden Canadian province of Ontario, through the Ontario Immigrant Nominee Programme (OINP)!

With trained technology manpower on its radar the province has declared ambitious plans to generate a dedicated provincial stream through the OINP.

While the initiative was, reportedly, part of many developments included in the provincial government budget, made public recently on Thursday April 11, 2019, others contain a pilot to assist bring qualified worker immigrants to the different smaller communities of the province, enlargement expansion of the OINP’s running Entrepreneur Stream, besides the inclusion of truck drivers & personal support manpower to the Employer Job Offer: In-Demand Skills Stream.

Sharing more information on the development, the budget statement has reportedly stated that--via the modernization of the OINP, and together with its additional schemes, the administration will keep on ensuring that the province’s manpower keeps on leading by example and figuring amongst the most extremely trained for the modern economy.

It went on to add that the Ontario’s administration urges the federal administration to join hands with the province, to guarantee that the OINP’s nomination allotment and the NOC codes are just, and enable the province to successfully meet its ballooning labor market and distinctive economic requirements.

4 Key Areas in Which Ontario Has High Plans: In a brief statement, containing some particulars, the Ontario administration has, reportedly, sketched its plan for the popular Provincial Nominee Programme (PNP) in these 4 specific areas.

The provincial government will come up with a dedicated stream, to assist the region’s already thriving technology segment draw extremely qualified workers. Allegedly, the technology sector stream is a reply to the rapidly ballooning IT industry in the province, based around Toronto--the provincial capital regarded the swiftest tech market in the entire North American continent.

The government will also start a pilot initiative with some chosen communities, to discover innovative approaches, to usher-in extremely skilled immigrants to smaller societies, with the objective being to spread the gains of immigration to smaller regions/societies.

Significantly, the province’s smaller communities have frequently cribbed that they are ignored on the issue of the difficulties in drawing high trained immigrants.

Though the province, in general, draws a large number of new immigrants every year, most migrants prefer the popular and facility- rich areas of Toronto & Ottawa, to settle, in the process, leaving other regions in the province battling against dwindling labour markets & rapidly aging people.

The pilot would reportedly trail the federal Northern and Rural Immigration Pilot introduced earlier this year.

The government will also seek to increase the figure of the occupations qualified for the Employer Job Offer: In-Demand Skills Stream, by including transport truck drivers & personal support manpower, with the goal, allegedly, being to reveal employer and labour market requirements in a better manner.

The existing Employer Job Offer: In-Demand Skills Stream has applicants with particularly skilled in-demand in the province on its radar. It is compulsory for the aspirants to possess a permanent, full-time employment offer, in addition to 1 year of cumulative employment experience, through the preceding 3 years in any of the entitled professions.

Ontario will adjust investment and net worth thresholds, to make the province competitive with other provinces, with the target, allegedly, being to make the potential base of the OINP’s Entrepreneur Stream bigger.

The Entrepreneur Stream has the individuals from outside the Maple Leaf Country--who are keen to either launch a business or purchase an already existing one in the province on its radar.

At present, while the bare minimum net worth for business inside the Greater Toronto Area is $1.5 million, it is $800,000 for a company outside the GTA. And while the investment requirement is $1 million within the GTA, it is $500,000 outside. It is compulsory that applicants possess not less than 33% or one-third of the business venture.