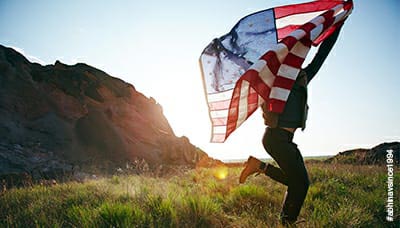 US Tech Workers, an anti-immigration non-profit organization has appealed to President Donald Trump to stop H1B visa processing this year, and protect the interests of American workers amid massive layoffs caused by the covid-19 outbreak. In the letter the organization claimed that the unemployment level has increased to 3 million last week, and there are solid chances of it rising further up to 30%.

The H1B visa is one of the most popular pathways of IT workers who wish to live and work in the US. It’s a non-immigrant visa that allows US companies to hire tech workers in speciality occupations requiring both technical and theoretical skills. The majority of US based companies rely heavily of the H1B visa to employ thousands of talented techies from countries, such as India and China. Indians being the biggest beneficiary of the visa, receive 70% of the visa annually.

The US Tech Workers advocates the rights of American workers and ensures companies give priority to U.S. IT workers before hiring candidates abroad. In its letter to Trump, the organization has also persuaded to suspend the visa processing of H-2B visa program as well due to economic fallout in 2020. The h-2B is yet another temporary visa program which enables US employers to hire foreign workers to perform labour or non-agricultural services.

In its letter the US Tech Worker said, “Battling both a pandemic and the resulting fallout to our economy from the coronavirus is no time to approve employment visas for more foreign workers.”

It has been predicted that around 47 million jobs could be lost in the United States due to the covid-19 pandemic. This would ultimately rise the unemployment rate up to 31.1% in the US alone.

Considering such a massive outbreak and mayhem among countries in regards to immigration, it wouldn’t be wrong to say that US is no less than a distant dream now for many tech workers. Even before the Coronavirus outbreak, the United States was quit rigid when inviting foreign workers and putting them in speciality occupations at the cost of American workers. In fact, a report released by CATO stated that around 2, 00,000 petitions have been filed so far naming “Indians could die of old age” before receiving their Green Card or Permanent Residency status in America.

If not America, then where Indian techies could migrate to? The answer is pretty simple- Canada. Though, Canada is too suffering from the negative impacts of coronavirus, the country is still keen on welcoming skilled immigrants in near future. Canada has worked steadily to encourage tech talent across the globe. In fact, Canada has an equivalent visa to the US H-1B visa in the form of LMIA/work permit visa. Known as Labour Market Impact Assessment (LMIA), the pathway demonstrates the need for the skilled workers in Canada. Just like H1B visa, the LMIA too requires a Canadian based employer to prove there’s a shortage of skilled worker in the country, therefore, they must hire a foreign national to fulfil the ongoing labour demands in the economy.

There are also a number of Tech Pilot programs in Canada for foreign IT workers seeking a permanent move to Canada. These programs identify overseas applicants with technological skills and allow them to migrate to Canada.

Considering the current scenario of economic fallout, it makes much sense to focus on bigger goals rather than just temporary solutions. Canada is a place where you can think of moving when things aren’t going well in the US.